Iker Marcaide also participated in the Technological Innovation and Circular Economy Summit celebrated last July 6th in Madrid where he shared with an audience of more than 2000 people the project “Barrio La Pinada”, an intervention that took place between the one offered by Ndaba Mandela (president of Africa Rising and grandson of Nelson Mandela) and the speech of Rosalía Arteaga, ex-president of Ecuador.  In the same scenario in which personalities of the stature of Barack Obama also participated during the day, Ivan Luque- current president of Colombia, the Nobel Prize in Economics Christopher Prissarides and Finn Kydland, the Nobel Prize in Physics Barry Barrish, Ndab Mandela – Nelson Mandela’s grandson, Karma Ura – Bhutan’s Minister of Happiness, and different representatives of the public and national political scene such as Reyes Maroto – Minister of Industry and Tourism, Manuela Carmena – Mayor of Madrid, Albert Rivera or Pablo Casado.

We work every day to inspire another type of urban development model that is more intelligent, environmentally friendly and people-centred, and with our participation in the Summit of Technological Innovation and Circular Economy, we are taking another step forward by placing “Barrio La Pinada” and Paterna on the international map of sustainability. 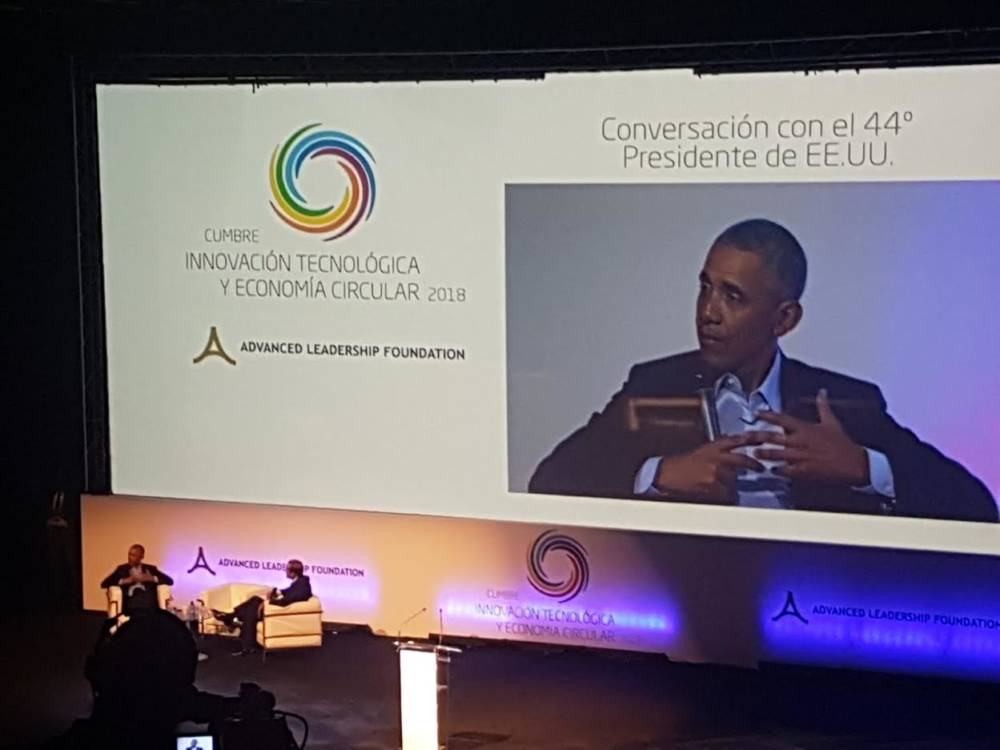